How I Became a Madman

You ask me how I became a madman. It happened thus: One day, long before many gods were born, I woke from a deep sleep and found all my masks were stolen — the seven masks I have fashioned and worn in seven lives — I ran maskless through the crowded streets shouting, “Thieves, thieves, the cursed thieves.”
Men and women laughed at me and some ran to their houses in fear of me.
And when I reached the market place, a youth standing on a house-top cried, “He is a madman.” I looked up to behold him; the sun kissed my own naked face for the first time. For the first time the sun kissed my own naked face and my soul was inflamed with love for the sun, and I wanted my masks no more. And as if in a trance I cried, “Blessed, blessed are the thieves who stole my masks.”
Thus I became a madman.
And I have found both freedom and safety in my madness; the freedom of loneliness and the safety from being understood, for those who understand us enslave something in us.
But let me not be too proud of my safety. Even a Thief in a jail is safe from another thief.

END_OF_DOCUMENT_TOKEN_TO_BE_REPLACED 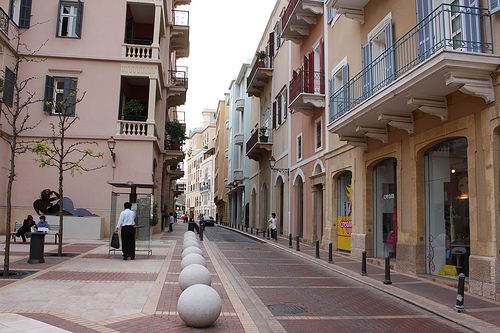 Saifi Village, in the heart of downtown Beirut, is set to become one of the region’s hottest art destinations with galleries, antique shops, design studios and specialist boutiques dotting its picturesque streets. Saifi Village’s Quartier Des Arts is fast developing into a meeting place for an eager public and artists from around the world.

“If you look at Saifi Village, you’ll see that it is a residential district with a traditional Levantine character and is designed to contain gardens, small squares, fountains and pedestrian and seating areas

END_OF_DOCUMENT_TOKEN_TO_BE_REPLACED 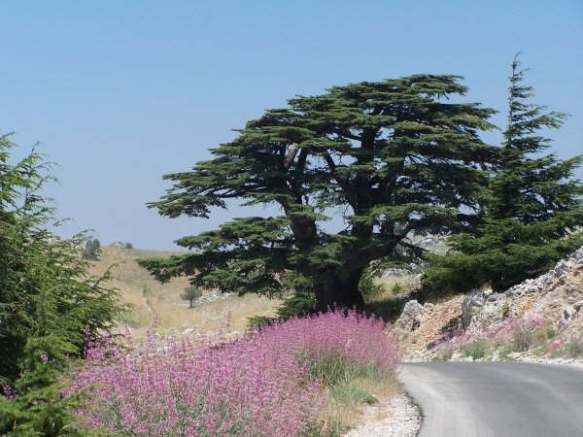 The Cedar of Lebanon, Cedrus Libani, is an evergreen of the family Pinaceae. This coniferous plant was first found in Lebanon, on the Mount Lebanon range at Sannine, Barouk, and the eastern and western mountain chains. The tree however is not only found in Lebanon, but forests of Cedrus Libani grow in Cilicia, the Taurus Mountains, Cyprus and Morocco, although many of these are considered to be different races of the same species. The Mount Lebanon chain used to be almost completely covered with cedars. In addition, many handsome specimens are cultivated in several countries of the world, notably in England and in France.Cedrus Libani possesses an imposing trunk that may attain a height of 120 feet and a diameter of 9 feet. Such a trunk is often branching and having a dense crown with an inclined dark green head of characteristic flat growth in adult trees. Secondary branchlets are often ramified like a candelabra. Warberton, in his “Crescent and Cross”, described a Cedar of Lebanon with a trunk of 45 feet in circumference. Burckhardt speaks of twelve very ancient trees called the “Saints”. These had four, five, and even seven gigantic trunks” springing from the same base”, bearing, like American Sequoitas, leaves only at their very tops. The bark of the Cedar of Lebanon is dark gray and exudes a gum of balsam, which makes the wound so fragrant that to walk in a grove of cedars is an utmost delight. The wood is astonishingly decay resistant and it is never eaten by insect larvae. It is of a beautiful red tone, solid, and free from knots.

The terminal shoots are erect or slightly inclined. The tree blossoms in September or October, which is peculiar to the genus Cedrus among the conifers. It bears cones that require three years to mature. The cone is initially tiny and pale green. The second year it reaches its full size that ranges between 3-4.5 inches in height and has a characteristic violet purple color. In the third season it turns into a rich brown and scatters its seeds, which are minute, considering the size of the tree. The cones are born upright on the upper side of the branches.
END_OF_DOCUMENT_TOKEN_TO_BE_REPLACED